If you would like more information about Denver Metro Protective Services, please CLICK HERE, or visit us at www.Denver-Metro-Protective.com and let us know how we can impress you! We look forward to showing you how we believe in being Uniquely Diverse.

There has been a lot of talk and debate recently about what many people believe is the need to have armed security/police officers in every school.  Numerous tragic events that have occurred around the country have caused many to feel that there simply isn't enough protection in our schools today, and that by staffing every one with some form of public safety, that the schools would be safe from such horrid situations.

Although we certainly would love the extra business, should all the schools in our areas suddenly call us and request Protection Specialists at each of their locations, I simply do not believe that would be the best situation in every circumstance.  For high schools or alternative schools, I definitely believe that there exists the need for such protection, and not simply in order to protect our children from madmen armed with AR-15's, but because there are so many other reasons that public safety in schools with older-aged children (teenagers) can benefit.  Fights, theft, vandalism, harassment, bullying, drugs and weapons are just a few reasons that armed security personnel can help to maintain safety and order in places of learning.  However, I can see few instances where children in middle school, and certainly not in elementary school, have the need of armed personnel and/or police officers patrolling their grounds.

The terrible situations that have happened around the country... whether here in Colorado at Columbine, or in Sandy Hook, are isolated, yet tragic events, and the loss of those young lives should never be forgotten or lessened.  However, the individuals who planned those attacks were individuals looking to make a name for themselves.  Whether in a school, in a movie theater, at a public political event (where, by the way, there are generally several armed officers!) or in so many other possible locations, if a person is mentally sick enough to cause such a desperate plea for attention by taking the lives of others around for no other reason than to make some form of statement, they will do it.  As unfortunate as that is, there is simply no possible way to always protect everyone at all times.  Even if there was an armed officer patrolling the grounds of Sandy Hook elementary that day, anyone with the intent to harm people may have simply waited until recess, or when school gets out, or so many other possible occasions.  An armed individual simply cannot be in every place at every time to protect everyone.

Now this brings up so much for discussion on the right to carry firearms, who should or should not have concealed weapons (teachers? airline pilots?  postal workers? ???), however, this post is not meant to discuss the right that we have as citizens of this great country to bare arms, according to our constitutional rights.  I am simply explaining our belief that children at the youngest ages of elementary and middle school grades should be kept as innocent as we are able to... even in the face of those who wish to take that innocence away.  After all, the more and more we try to shield our children from such situation, the more and more that those who are seeking to do that harm win in their endeavors to spread fear.
at 02:35 No comments:

Keeping Yourself from Being a Victim of Winter Car Theft

Recently, and as seems to be a yearly event, several cities have been experiencing a influx in the number of vehicle burglaries.  Most often, this is a result of persons who start their automobiles and then let it "warm up" while they leave it unattended, and as a vast majority of criminals are generally opportunists, they see these as easy targets.  After all... the vehicle typically has the keys in the ignition, and many people on the rush fail to lock the doors while the car warms up.  While we understand the desire for the comfort of stepping into a nice warm car before venturing off to your job, there are many things which you should do in order to lessen the chance of becoming another statistic of auto theft.  First and foremost is that if you do, in fact, decide to start your automobile and allow it to run unattended, locking the doors is an obvious, yet often ignored, necessity.  However, this can still be looked at as an easy target, with so many criminals utilizing easily acquired tools (such as the "slim-jim") that allow them to enter your running car in a matter of seconds and simply driving away.  A better solution, should you still desire to have your automobile running while you finish preparing for your day in your house, is to purchase a vehicle alarm systems which also allows you to remotely start your vehicle.  These systems do not require a key to be in the ignition, and (if you purchase the proper type) will not allow your vehicle to be placed into gear without disarming the alarm system and/or placing the key into the ignition.  This option, although safer than simply starting your vehicle and locking it, can still be considered a target by a potential thief who fails to look into the vehicle first to see if there is, in fact, a key in the ignition, and leads us to the truly safest advice.  Several years ago, it may have been necessary to start up your vehicle and let it run for ten minutes or more in order for it to be warm enough to drive safely.  Today, however, automobiles are made to warm up quickly, and typically without the need to start your car ahead of time.  Yes, it may be slightly more uncomfortable to wait that three or four minutes while driving down the road in your cold automobile, but rather than having no automobile in which to drive down the road uncomfortably for three or four minutes at all, this option is truly the safest and wisest choice to protect your ride.

Don't become another statistic of one more vehicle stolen every 26 seconds in the United States.  Instead, get out your window scraper, brush off the windshield of your car, and try not to think about that few minutes of cold temperature inside your vehicle before it nice and toasty warm!
at 18:04 No comments:

In an effort to more clearly explain some of our services and capabilities, we have completely redesigned our website.  We hope that it is informative and helps to demonstrate the professional nature in which we strive to serve our various markets.  We encourage you to take a moment to check out our new site, and leave us a quick comment on what you think - good or bad - about the new design, and the information that we have provided on it.  If there are things that you feel we should better explain (or have over-explained, if that is the case!), or would like to see added to our site, please leave us a comment and help us make our site to be the most effective one possible!


Check out our new site HERE and give us your feedback! Thanks again for your support!
at 03:15 No comments: 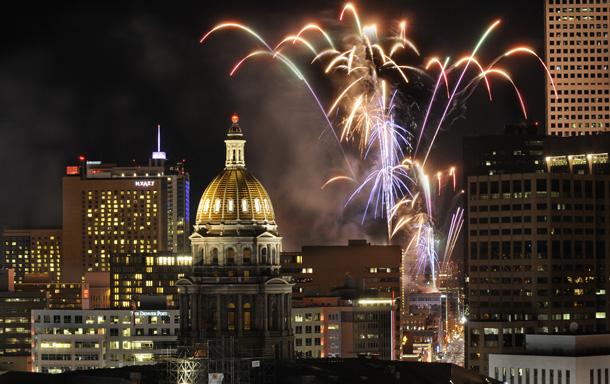 We at Denver Metro Protective Services want to wish all of our friends, employees, clients, supporters, and everyone else who just may not know us quite yet Best Wishes for the New Year!  We've made it through 2012, and gained many wonderful, and even at times, not so perfect, memories, and only hope that all will find this next year, 2013, to be filled with peace and happiness, prosperity and success, and love and passion for all that is life.

Every year, people around the world take the New Year as a time to renew - to refresh - to learn from mistakes of past and make goals to achieve in the future.  As each one of us do that in our own way, may we think back over the previous year, and think of times when we were not, perhaps, at our very best.  Think how we felt, and what we did... now make it your resolution, your goal, and your promise that if you encounter another situation similar to the ones from the past... act differently.  Be better.  Love more.  Understand that we have but one life to live, and if, at the end of 2013, you can sit back and reflect upon the previous 365 days, and know that if even once, you arrived at that goal, and you fulfilled that promise and resolution made today, then you can consider the year a success.

Again, Happy New Year, everybody.  We truly do cherish each of you, and look forward to continuing to grow our friendships and relationships in the days to come!